Art for the planet, art for society

Another successful exhibition by the curating crew of Underdogs. This time is on display the artwork of ±maismenos± and Fiumani at the capsule collection.
Underdogs open its door to the public and ±maismenos± invite us to vision his artwork from a different point of view a eco and socio-political art.

The artist presents his work following his typical style: words over panels which overlaps creating a polarization between the two opposite meaning. Plus and Minus. Yes or No. The Portuguese artist Miguel Januário often reflects critically on the current society, doing so his work depicts the complexity of this era translating it in simple words, easily understandable. He works indoors and outdoors since 2005 and we have seen his artworks all around Lisbon. “Streetments” are the therm the artist uses to call his artworks.

The thematics of his eco and socio-political art may vary over problems of capitalism, oppression, the system, the working-class, and so on. This time he focussed on the future collecting the artworks in his solo exhibition “YES OR NO FUTURE “. Two pairs of paper glasses are standing, waiting for being taken, in front of the entrance. One blue, one red. One yes, one no. What would you choose?

I took yes, then I turned back and tale also no. I had to experience it fully, on the optimistic side but also on the pessimistic one. Hanged on the wall there are a bunch of panels, each of them with something written on it. The first three artworks are depicting the differences of opinion on the market capital. ±maismenos± gives us two choices leading a revolution or maintaining the status quo. Another says “create ownerships/giving access”. He uses the word “they” to define the system, the government, or what?

Sequentially in line for this series are three other panels focussing, this time, more on words than phrases: Freedom vs servitude. The artist wants to make us think, what kind of role do we have in society, what do we believe and how are we contributing to it. Are we progressing to a better world or are we stuck in this capitalistic loophole? Are we free to think and do what we want or are we driven to consume things we didn’t want? That’s what came to my mind at the exhibition.

Next in line, the artist chooses another kind of approach for the aesthetic of his pice, although always maintaining the contraction of his message. The mediums remain a panel. However, he chooses collages collecting together different images. Above the image are standing the following the words: “No fight no future – No vision No wisdom” (if you wear “NO”) “Complete fight success future – attitude vision inspiration wisdom” if you wear “YES”. What I am perceiving from the artwork is a sort of motivational speech. Which encourages the viewers to gather their forces to make something for a better future.

The exhibition continues with big series of black panels, a video projected on the wall, and different artworks made of working gear. Power to the people – workforce versus power structure – forced work where. The artist wants to make the viewer wonder about the relationship between themselves and work. How do we contribute to society?

Are we forced to work? Or do we work for a living? After questioning these paradigms it is possible to see that all these panels, videos, and art pieces are made to distinguish the single individuals. Each of us thinks, acts, and lives differently, however, we have all something in common. The continuous development of our personality. This compulsive polarisation of the topics makes me think that there is a lot of great area between black and white or in this case between red and blue. This eco and socio-political art is a point of change in contemporary and urban art scene, artist are protesting for the planet. We are taking part of something called artivism: art+activism.

Another artist coming from the street and nailing the gallery.

I did not know Fiumani before this exhibition at Underdogs, and I am glad that I could discover such a talented artist. His name is Filippo Fiumani, a designer and artist born in Italy. He started working with visual art, design, and street art in the first years of 2000. I much appreciate his DIY way to do it. It can create a unique piece by adding trash, graffiti, and colors to it. From what I read, since 2017 he has been producing his artworks recycling object, and reusing materials, In doing so he can challenge the status quo of technology. We could call Fiumani the eco-punk-rock artist that I was looking for.

As said above, Fiumani is an eco-artist, who likes to protest about the socio-political situation. In his exhibition, he wants to challenge the eco or ego-system we are all living in. By creating transgressive art pieces Fiumani wants to make people understand how compromised is the planet. Earth is a trash can, and we all know or at least we should. Fiumani combines waste and technologists creating a vibrating tension and an intriguing aesthetic.

Fiumani represents faces in a mysterious way, covered with a hood, half smiling half made by trash, or completely covered in waste and underneath a video is plain on a screen. Below the artist writes “there is always a cost”. What I perceive from his work is that humans do compulsive use of technology. For instance, the waste is the representation of how fast material things, that might make us happy for a moment, then become just another piece of trash polluting ourselves and our planet. Indeed, we hide with technology and social media, however, we still pretend to be happing knowing what is happening to the ecosystem.

“The freedom cage” I would call the work above. It makes me remember the days during quarantine, forced at home, and driving to fly away to another country or another place. Like the metal wire that slowly metamorphoses in little birds flying to the horizon, however, still trapped in the frame.

The last pieces are blocks of cement with different stencils and colorful trash pieces, probably an ode to Bansky? Are we playing trash? Buying trash? And shooting trash? I think the artist here wants to evoke the meaning of massive consumption, and violence.

The variety of medias that the artist uses, the painting techniques, the drawing styles, and the expressionism of the artworks reminds me of the works of Basquiat. A great combination between mixed media, tech & waste, colors, and light, brings the artworks to another level. Fiumani was a great discovery, I recognized his iconic faces on the street of Lisbon. I was glad to find and discover who was behind it at Underdogs.

The whole exhibit collection invites me to say “Ma che CAZZO stiamo facendo?!” translated “What the f**k are we doing?!”, Fiumani encourages the public to move to a better future, it’s time to cage CAZZO! Personally as a designer and artist from Italy I would love to work together with Fiumani. Both Fiumani and Maismenos do eco and socio-political art. The two protest against the current society, highlighting the problems of consumption, work, and waste. In addition, I consider the both great artivists, with their art they protest for the causes they believe in, creating, expressing themselves, and evoking something in the viewers mind. If you are interested in urban art check the article on the past Underdog’s exhibition with the solo exposition of AkaCorleone. 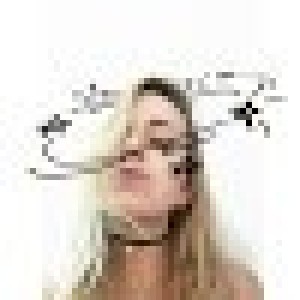 Not – tuna steak Watermelon can be used as tuna replacement if seasoned and prepared in the right way. Sea weed gave it an amazing fishy taste. Ingredients WatermelonSoy Sauce

Whipped Feta Dip is a recipe that I saw so many times online and same it goes for the viral roasted feta and cherries tomatoes pasta. So I got an

Pita with a twist

I wanted to change a bit the recipe of my usual pita which you can find here. I added a bunch of spices to the flour and coated it with

wholesome roasted Cauliflower Head it’s a simple recipe that would impress all your friends and family. Learn how to roast a whole cauliflower head, with just 10 minutes prep and

Banana n’ Berries smoothie it’s a perfect breakfast in this days of heat. Fresh and healthy to start the morning with the right food o sorry foot. The nutritional value

Good morning fellas! are you facing a good smoothie bowl with some home-made granola for breakfast?! Keep on reading. I will share all my secret for the perfect granola. Granola is

Pita with a twist